A global study of traffic and congestion published by INRIX has shown that Bury New Road (the A56) from Salford up to Prestwich is the FIFTH worst road in the UK for traffic congestion, outside of London.

The A6 through Stockport is the 8th worst, the A560/A6 through Salford the 10th worst. More information INRIX and this MEN article.

So who thought it was a good idea to make the A56 narrower through Prestwich?
The Labour councillors who run Bury Council need to listen to ordinary people who are telling them that congestion in Prestwich is a nightmare. It is not just Bury New Road, but a whole series of roads which people use to escape the route.

Air pollution (monitored by a station on the A56 in Prestwich shows air pollution levels regularly pushing at safe levels on the A56 corridor. Sign our Air Pollution Petition here 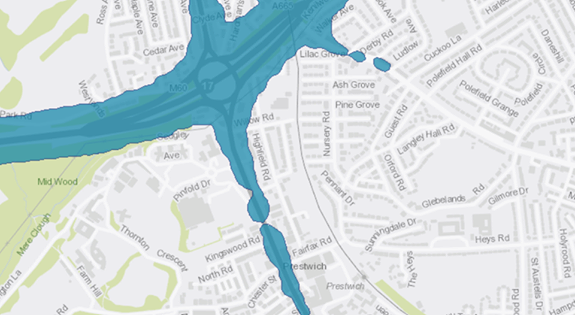