Today, Ed Miliband tried to rewrite history by putting distance between himself and New Labour and presenting himself as part of a new generation of Labour politicians. 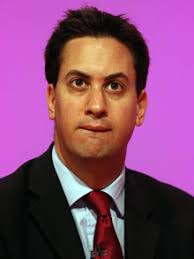 The truth is Ed Miliband spent the last 13 years at the heart of the New Labour project. He was an adviser in Gordon Brown’s Treasury from 1997 and went on to chair the Council of Economic Advisers, responsible for long-term economic planning, in 2004.

He was then parachuted into a safe seat and quickly appointed as a minister in Brown’s cabinet before writing his 2010 election manifesto. He was an integral part of the Labour Government that left the economy in tatters, faced allegations of complicity in torture, stole our freedoms, left our political system in disgrace and failed to close the huge gap between the richest and the poorest.

In the Treasury he was reckless with our money. When he was in charge of environment policy he was timid and weak.

Ed Miliband’s voting record shows that he was fully signed up to New Labour’s assault on civil liberties and voted against an investigation into the Iraq war. He was also weak on tackling climate change and bringing greater transparency to Parliament.

Climate Change – He introduced legislation which included a pledge to reduce carbon emissions by 80% by 2050 (Miliband’s 60% target was only increased after pressure by the Liberal Democrats) but:

* Voted against a 2007 Liberal Democrat motion calling on the Government to do significantly more on climate change
* Was absent in 2008 on a vote to allow consumers to be paid renewable energy feed-in tariffs
* Was absent in 2008 on a Planning Bill amendment to consider climate change in applications
* Voted against a clause in the Climate Change Bill allowing the Secretary of State to set a maximum level of carbon emissions for energy plants in 2008
* Voted against the 2009 Lib Dem 10:10 motion calling on the House to reduce energy usage by 10% during 2010

* Voted for MPs’ expenses and financial interests to be made public in 2009 but was absent on all other Freedom of Information amendments relating to making Parliament more transparent (most notably the 2008 vote on the report from the Members Estimate Committee which recommended external audits of the Additional Costs Allowance).

Today, Labour’s new leader promised a ‘New Generation” of Labour and claimed the party would be different, but with Ed Miliband at the helm, surely all he can deliver is more of the same.

Myview is Labour will spend decades in the wilderness and Ed Miliband will never be Prime Minister.

You may also like:
President of YouGov gives his thoughts on Election 2015
A few words from Tim Farron, new leader of the Liberal Democrats
Planning application update: 247 Sunny Bank Road
Unsworth local election debate Monday 30th April at Hollins Community Centre
Marriage without Borders
Why is Nadine Dorries so belligerent?