Channel M news is carrying an short interview with Salford MP Hazel Blears, in which she now seems to accept that the timing and manner of her resignation (just before the local and european elections) damaged the government and the Labour party. Rather annoyingly, she claims that her ‘defiance’ in wearing that “Rocking the Boat” brooch was the Salford in her coming out. 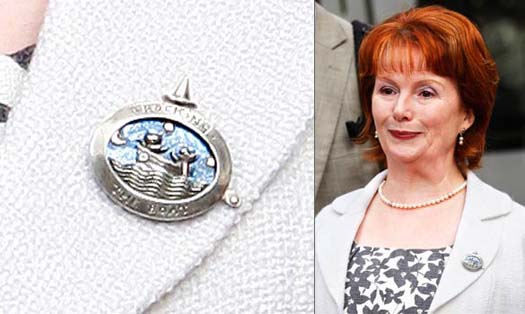 The Salfordians I know would never act in such a selfish and childish manner, but at least she is admitting that her actions were “a stupid thing to do.” The former communities secretary has also stated her regret at the Observer article she wrote in early May, where she lambasted Gordon Brown with her infamous “YouTube if you want to” comment.

While commendable, Hazel Blears’ words come too little too late for most Salfordians. The Salford Labour Group should do the decent thing and de-select her – since clearly she has no intention of standing down.

Salford don’t want Hazel Blears as MP, she is nothing like the hard working, decent and honest Salfordians I know.

You may also like:
President of YouGov gives his thoughts on Election 2015
6 good reasons to vote Liberal Democrat today
Council report: Liberal Democrat and Labour groups offer support for refugees
Lib Dems Commit to End Rough Sleeping
Farewell Ronaldo, thanks for the memories (and the goals!)
The Christie wins back charity cash