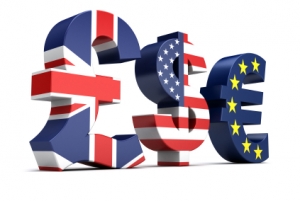 Caroline Flint made some shocking comments on announcing her resignation, she said “Several of the women attending Cabinet – myself included – have been treated by you as little more than female window dressing.”

In her resignation letter she launched a stinging attack on Mr Brown accusing him of running a “two tier cabinet”. She said Mr Brown had “strained every sinew” of her loyalty to the government.

Meanwhile, when James Purnell stepped down from the cabinet he told Prime Minister Gordon Brown to “stand aside”. In a letter to several newspapers, the work and pensions secretary said Mr Brown’s continued leadership would be disastrous for our country, he wrote “I now believe your continued leadership makes a Conservative victory more, not less likely. That would be disastrous for our country.”

Worryingly, the financial stability of the country has been severely damaged as the pound has fallen against the dollar and euro, hit by uncertainty over the UK’s political situation.

With all this in mind, it is a shame we have to end on the news that the BBC’s Political Editor Nick Robinson said if ministers had followed James Purnell in calling for Mr Brown to quit “we would today have had a new prime minister”. And quite probably a new government.

You may also like:
How will Election 2015 affect the stock market?
One month later and still nothing done to repair vandalised bin
A few words from Tim Farron, new leader of the Liberal Democrats
Lib Dems Commit to End Rough Sleeping
I’ve voted Liberal Democrat – have you voted yet?
Salford Euro Result