From today’s Daily Mail, also available to view on the Daily Mail website:

The British National Party was accused of staging ‘a cynical con’ yesterday, after it was revealed that men featured on its keynote poster campaign are foreigners.

One of the posters, which is being advertised up and down the country on a BNP truck, shows three men in hard-hats under the slogan ‘British jobs for British workers’.

But it has emerged they are in fact American models who posed for a photoshoot in the U.S.

Party bosses, led by Nick Griffin, have also printed millions of leaflets making bogus claims that a doctor and a respectable OAP couple are among their supporters.

The doctor was yesterday reported to be another American model, while the pensioners are the Italian parents of a photographer – and are not even entitled to vote in this country.

It comes months after the party was ridiculed for using a picture of a Spitfire flown by Polish airmen in a campaign calling for Eastern European migrant workers to be banned from coming to Britain. 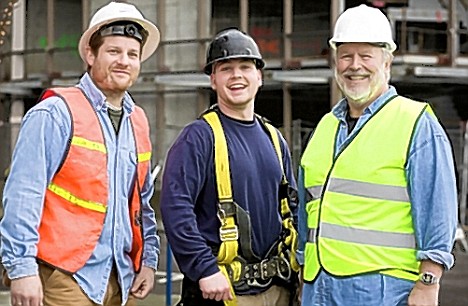 Opposition MPs yesterday said they would be reporting the far-right party for ‘misrepresenting’ the views of the people photographed in its latest campaign.

Labour MP Jon Cruddas said: ‘How cynical can the BNP get? I can only assume no decent person would pose for posters or leaflets for the BNP, so they had to make it all up. The British people will see this for what it is – a cynical con.’

Plaid Cymru MP Adam Price added: ‘These leaflets hideously misrepresent the views of the people photographed. I call on the Royal Mail to stop distribution immediately.’

A spokesman for anti-fascist group Searchlight said: ‘This is a catastrophic own goal by Nick Griffin and the BNP.’

This website uses cookies to improve your experience while you navigate through the website. Out of these, the cookies that are categorized as necessary are stored on your browser as they are essential for the working of basic functionalities of the website. We also use third-party cookies that help us analyze and understand how you use this website. These cookies will be stored in your browser only with your consent. You also have the option to opt-out of these cookies. But opting out of some of these cookies may affect your browsing experience.
Necessary Always Enabled

Any cookies that may not be particularly necessary for the website to function and is used specifically to collect user personal data via analytics, ads, other embedded contents are termed as non-necessary cookies. It is mandatory to procure user consent prior to running these cookies on your website.